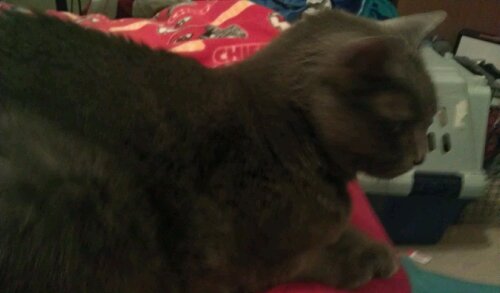 I remember when we first found you. My dad was taking me to softball practice. I was 14 years old and we were still living in Drexel, MO. We nearly ran you over, when Dad said you were a cat I made him stop and we picked you up. He held you while we practiced. The other girls held and petted you too.

We took you home that evening and Mom was a little furious. She did not like cats. She thought we were clearly NOT cat people. Not to mention the fact that we’d been through puppy after puppy without much luck, always giving them away. She went to the grocery store (the only one in town) and looked for a sign for a missing kitten in the window. All she saw were free kitten signs. This is when we realized you had probably been dumped. 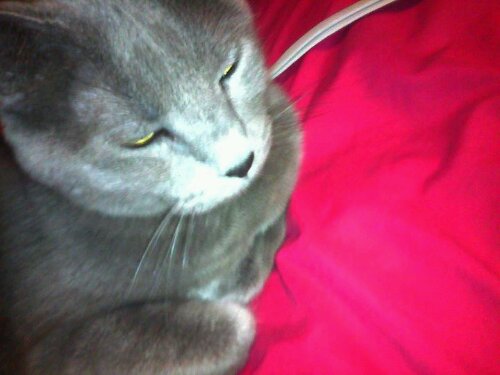 I thought you were a girl and wanted to name you Amelia. Everyone else voted me down and we chose Smokey for your color. Apparently a 14 year old girl could not tell girl parts from boy parts on a cat because when you returned from the vet with your shots and sans claws, you were also sans kitty-boy parts. “We neutered him” said the vet. My family thought this was hilarious. I didn’t care, in my eyes you were my cat and that’s all I wanted.

That summer, a few months later, we moved to Springfield, MO. After growing up in very small towns it was a scary experience. The summer wasn’t too bad, our neighborhood was safe enough to ride bikes and I spent a lot of time playing with the little kitten. You were there to comfort me during school when I couldn’t find any friends.

Mom used to let you explore the back yard. When she was finishing her college degree, she made the screened in back porch her “office” and let you out where she could see you. Sometimes you climbed on top of the privacy fence but you never ran away. When we adopted the big dogs we thought they might eat you so we didn’t let you go out anymore. You didn’t like that, so sometimes we let you out in the front yard. One night we thought we lost you, but after looking for you with a flashlight you were waiting patiently on the porch for someone to let you back in. 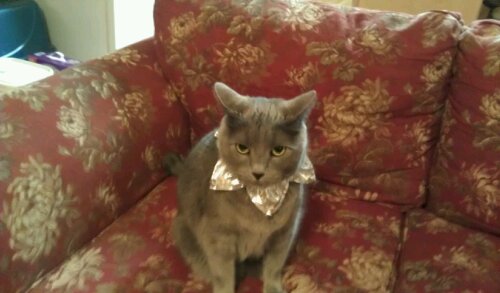 The time you were there for me the most was during a tumultuous relationship that lasted more than three years. Every time I was at home and he and I were fighting, when I’d get off the phone crying, there you’d be, rubbing your face against my leg, begging you to pet me. It was nice because when you were smaller you didn’t want much attention.

When you got older you  started liking to sleep up against a human. Several nights you slept with your back pressed against mine on my bed. The older you got, the more affectionate you became. I truly appreciated that because I always wished you were more affectionate when you were smaller. 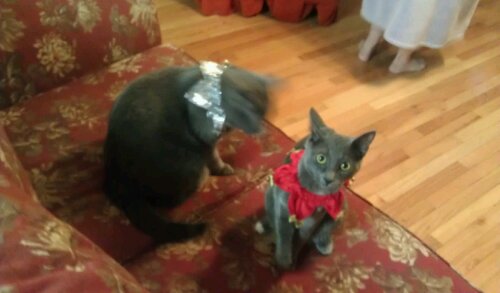 Now we have new baby Wiz and I am thankful that you taught her your kitty ways. She not only looks just like you, but she begs for food the way you did, she kneads my bed before she lays down the way you did, and she even sleeps in some of the same positions you did. Once I even caught her rubbing her face against my computer the way you did. Crazy cats. She’ll miss playing with you.

I’ve never had a pet die, at least, not while being directly aware of it

and not one I was so close to. I always think of pets as animals that can be replaced, and while I still do think this to a certain point, I will not let you go un grieved. Maybe it’s cliche to call a cat one of my best friends, but without going past the crazy point, you sure were. I love you smokey, smokester, big, biggun, lil buddy, Smokey my cat. I’ll remember you forever.

3 thoughts on “Ode to Smokey”